This month the Consortium Tour hits South Korea, arriving at sneaker emporium Kasina in Seoul. With each edition of the Consortium Tour adidas has offered an established retailer a footwear silhouette as a blank canvas and asked them to develop something new and unique.
Seoul is a style powerhouse, South Korean designers regularly produce stunning clothing. Construction is a cornerstone of Korean design and so is the idea of embracing traditional methods in the creation of modern styles.

While sneakers are Kasina’s bread and butter, here it incorporates design elements from more formal shoes and combine them with the winning concept of an early performance shoe. The result is a fusion of two footwear-making heritages. Kasina has imagined a prototype for the Superstar, long before it became an iconic sneaker, and based its model on traditional shoemaking.

Set in the mid-20th century, Kasina imagined this time as the birth hour of the Superstar. Their archetype version is inspired by that period’s aesthetic, the generation-old craft, and takes cues from classic saddle shoes. There is vintage color, high quality leathers, narrow, understated stripes, but still the shape and the unmistakable sheltie.

Sneakers have been contrasted with formal clothing for decades, high fashion has increasingly embraced casual footwear. Year after year these previously parallel universes of fashion and sportswear find new ways of colliding.

The Kasina Superstar represents heritage footwear from an imagined past – it works with stunning effect. 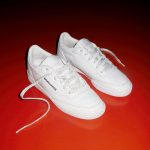 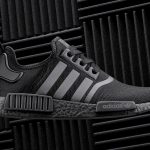