This month the Consortium Tour returns to Japan, this time it is the turn of Toyko-based footwear retailer mita sneakers to rework the
SEEULATER – an outdoor classic recently inducted to the Originals range.

First released in the mid-1990s as a hiking shoe, the SEEULATER achieved a cult-status in Japan. During the era, Ame-yoko Street was
the place in Tokyo to pick up climbing and skiing clothing and imported outerwear. Lined with dozens of retailers, their windows filled with
the boldly-coloured jackets of the period, the street serves as the inspiration behind the SEEULATER’s dark blue and red upper.

Another reference for this model comes from small dashes of nature found in Japan’s major metropolis. The stone-coloured elements pay
homage to the city’s rock gardens, while the midsole – speckled with glow-in-the-dark-paint – nods to the luminous moss known to
grow on the rocks.

The rugged, grippy outer sole, the lacing system and the elasticated ankle all point outdoors; an activity shoe undoubtedly designed to
perform in the wild. mita sneakers takes the silhouette, and alongside adidas Consortium, creates a shoe unmistakably inspired by both
the natural and more modern aspects of the city of Tokyo.

Urban winters can be harsh; it has become a stylistic standard to opt for more functional clothing and footwear. This SEEULATER therefore
features a cork insole, designed to absorb and release moisture, keeping the wearer dry in any situation.

Sure, a lot of time has passed between the 1990s and today. The SEEULATER may have appeared alien to sneaker enthusiasts at first
– but as a true timeless classic – it now slips comfortably alongside today’s models as a standout functional shoe with a bold aesthetic. 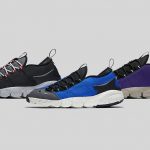