On its second stop the Consortium Tour visits San Francisco just in-time for the opening of Nice Kicks’ new store. The guys also happen to be celebrating their 10th anniversary this year – all the more reason to see what’s going on in the City by the Bay.

Nice Kicks joins the trip with an innovative tech silhouette, the recently launched NMD Runner. The NMD is a manifestation of adidas’ pioneering design philosophy – fusing innovative styles from its archive with the most progressive technologies of the present. Its high-end performance DNA has been fine-tuned to perfectly comply with requirements of the urban environment: ultimate comfort combined with sophisticated style.

While the first executions of the NMD were a bold statement in their minimalistic appearance – monochromatic with subtle color highlights – Nice Kicks took a different approach. Teleporting the NMD into the heyday of San Francisco’s psychedelic rock era, their shoe received the full tie-dye makeover, jacking up the silhouette’s already striking appearance. The NMD’s Primeknit upper proved to be a versatile base for a sublimation print which takes inspiration from the era-defining style of the city’s famous 1960s concert posters.

Nice Kicks toned down the overly-radiant psychedelic colors, confining their palette to the company’s classic red and black. With their NMD Nice Kicks not only highlights one of San Francisco’s many cultural assets but also points to a very specific part of town, notorious for its progressive, free-thinking spirit. Apart from the eye-catching fabric treatment the twirling bubble-styled “Consortium” insole pattern playfully supports this reference. 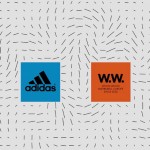