When it comes to style, Antwerp punches above its weight. The relatively small Belgian city emerged internationally after the Antwerp Six – a group of fashion designers who had studied at the Royal Academy – burst onto the global scene during the mid-1980s.

The Royal Academy’s fashion course is now considered among the nest in the world and in walking distance to the iconic institution, Fashion Museum MOMU showcases the influence the city has had on global style. In this neighborhood is where Lina Fredriksson opened her footwear boutique Avenue in 2007.

For the Consortium series she worked with designer Michael Hernandez of The Bruin Co. and High St. Gallery to present two EQT Support 93/16. The duo took influences from Fredriksson’s native Scandinavia and appropriated the progressive design language from the Antwerp Six.

Rather than simply altering materials or colourways, Avenue has demonstrated a bold ethos in its treatment of the EQT Support. By toying with traditions and allowing different cultures to clash, Avenue has enlivened the model with a fresh approach. The retailer selected aniline leather- often used to upholster luxury furniture – for the model’s outer. Soft and sleek when left smooth, it is complemented with embroideries woven directly into the leather, heavily reminiscent of patterns often featured in Scandinavian fabric design.

Available in black or tan, Avenue’s experimentation has produced an upscale leisure EQT Support with a gently striking design, which removes the model entirely from its running roots. 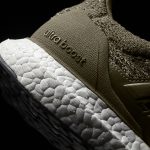 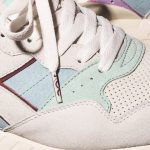