Kasina is one of the driving forces behind modern Koreas’s thriving streetwear scene. Founded in Busan in 1997, Kasina has since opened stores across the country and overseen the nation’s emergence on the international style stage. Over the past two decades, Kasina and adidas have become frequent collaborators – in May 2016, the adidas concept shop ‘DAS 107 by Kasina’ opened in Seoul’s Hongdae neighborhood.

While the store is a thoroughly contemporary space, the new Kasina Superstar BOOST looks towards both Korea’s heritage and the adidas archive for references. It commemorates the retailer’s 20th anniversary and the opening of its new retail location “1997”.

The major inspiration comes from “Taesahae”, a traditional form of footwear built by craftsmen and worn by Korean noblemen for several centuries. Elegant and clean, Taesahae are normally made from black and white leather with exposed stitching attaching the upper to the sole. Kasina seeks to mirror the Taesahae’s luxury with this Superstar.

The original Superstar is a classic, its unmistakable rubber shell toe makes it instantly recognizable. Here, Kasina subtly alters the model, the bone white upper is made with lavish nubuck and the shell toe is constructed from the same soft, meticulously tanned leather – replacing the signature rubber cap. A welted leather band outlines the iconic Superstar silhouette and its 3-Stripes branding only appears as tonal stitching on both sides.

The gum sole features a contrasting white seam similar to the Taesahae and is fitted with a BOOST™ midsole to provide modern comfort and cushioning. This juxtaposition captures a central aspect of Korean life: historically referred to as “The white-clad folk”, Korea is a country of rich tradition. However technology, innovation and economic growth has turned its cities into advanced metropolises; modern Korea is a nation where history and the cutting-edge often sit side by side.

A prominent embellishment on the Superstar is the eyelet at the top of the tongue. Made from reddish acetate, it is a nod to mother-of-pearl – the iridescent substance often used for buttons in Korean clothing and furniture design. 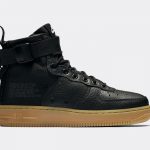