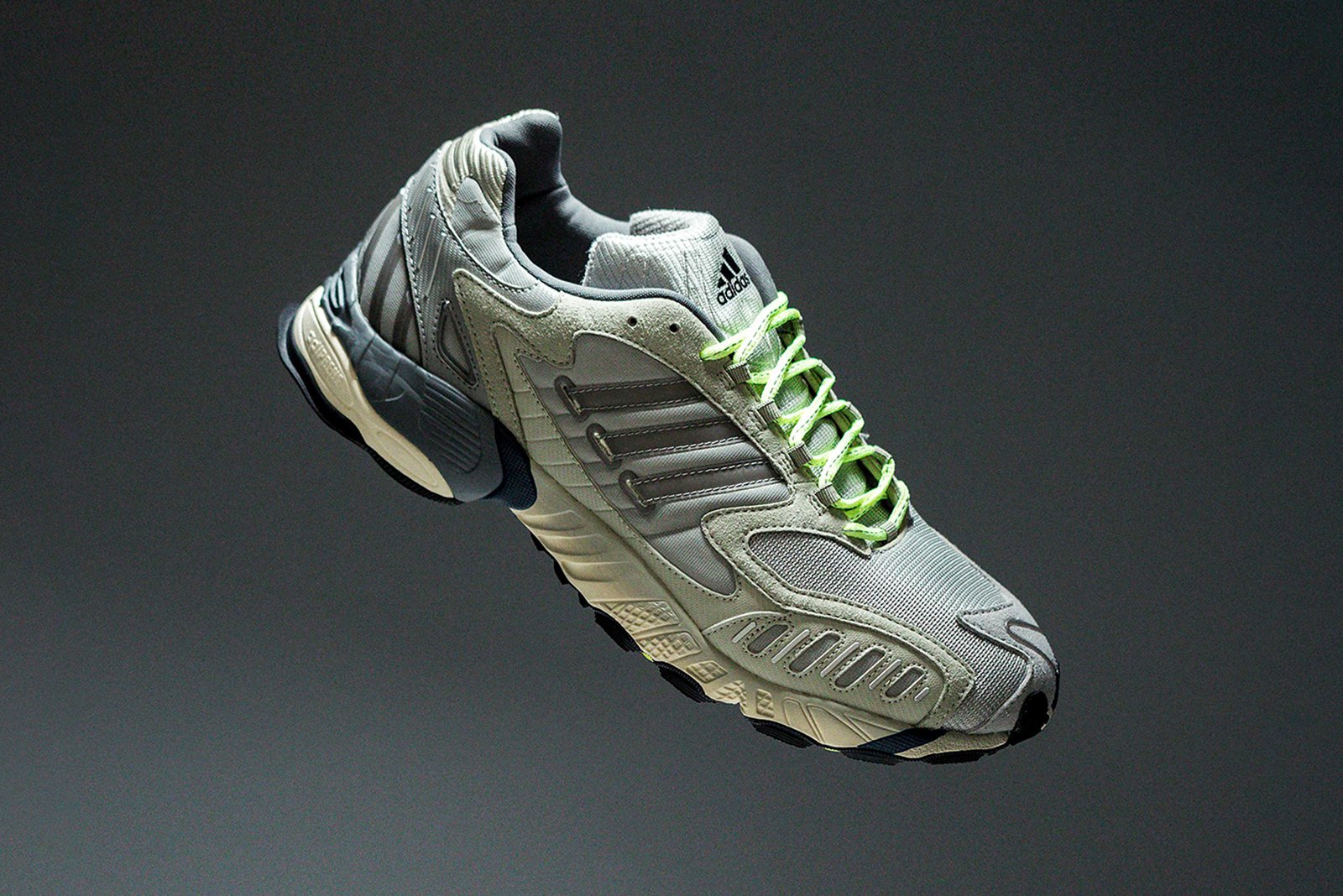 One of the adidas Consortium partners to join in the adidas celebration of Torsion is Danish fashion brand Norse Projects, who also operate an equally pioneering apparel and sneaker store under the name of Norse Store. Founded in 2004 by Anton Juul, Mikkel Grønnebæk and Tobia Sloth, it has since been recognised numerous times and by numerous publications as one of the most revered and distinctive Scandinavian brands of all time. Norse Projects are old friends of adidas, and in 2017 brought their refined approach to the outdoors-oriented adidas Terrex range, with a highly sought-after version of the Agravic trail running shoe. 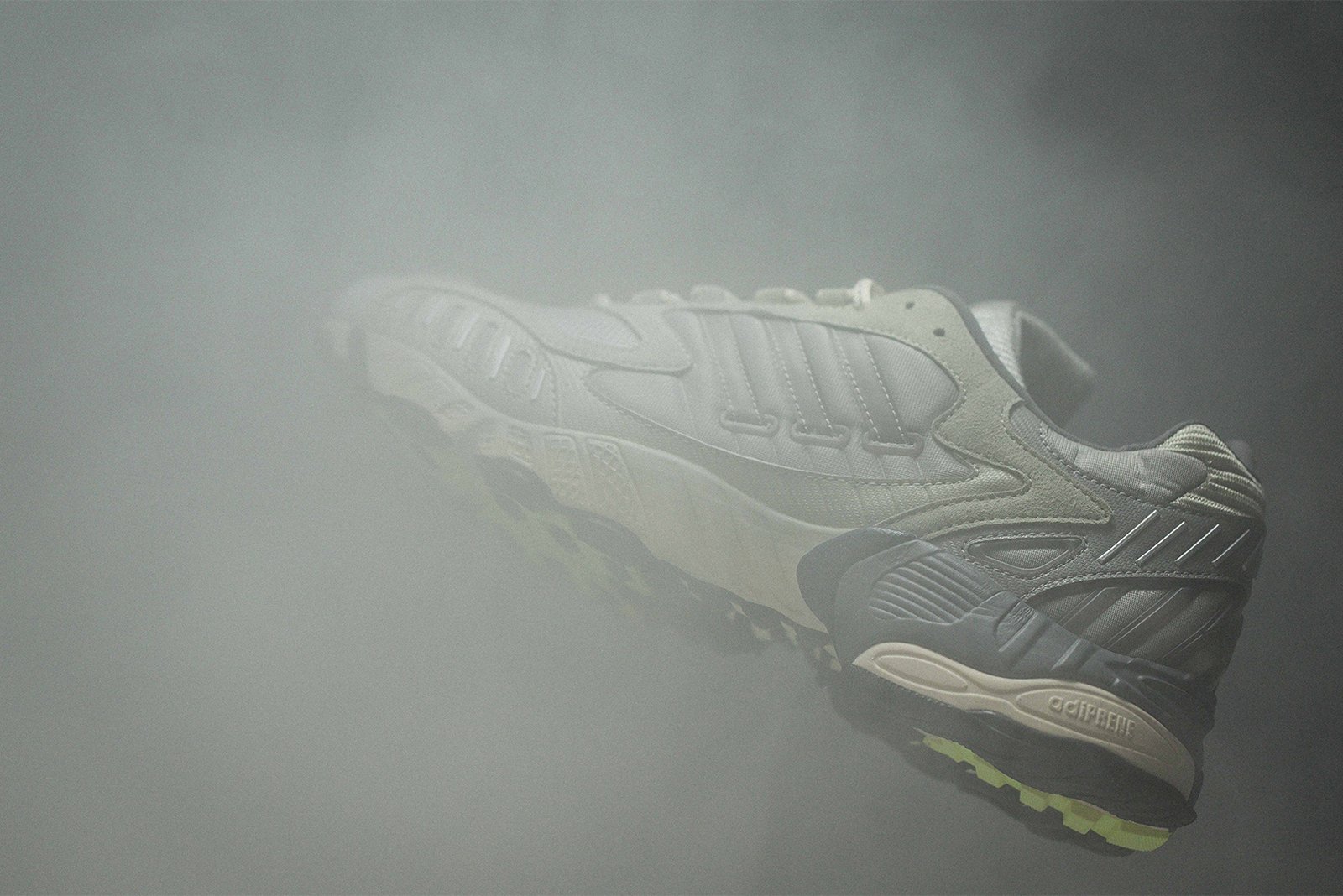 For their latest team-up, Norse Projects once again turn their attentions to one of the more rugged runners from the adidas stable, in the form of the Torsion TRDC: an updated take on the Treadiac model which first appeared towards the turn of the millennium. The original Treadiac was tooled up to offer optimum performance for winter workouts and the new TRDC is a painstakingly faithful update of the silhouette, materials and technologies that made the original such a lost gem of the adidas back catalogue. The EVA midsole features an ADIPRENE heel component and sits, of course, above the Torsion System. The uppers are constructed from a blend of mesh and synthetic materials with an overall result that feels firmly rooted in the future-facing design approach of the late 90s. For their take on the Torsion TRDC, Norse Projects let these defining functional features take centre-stage, with a stripped-back colour palette that speaks to engineering excellence and a Scandinavian sensibility in equal measure. 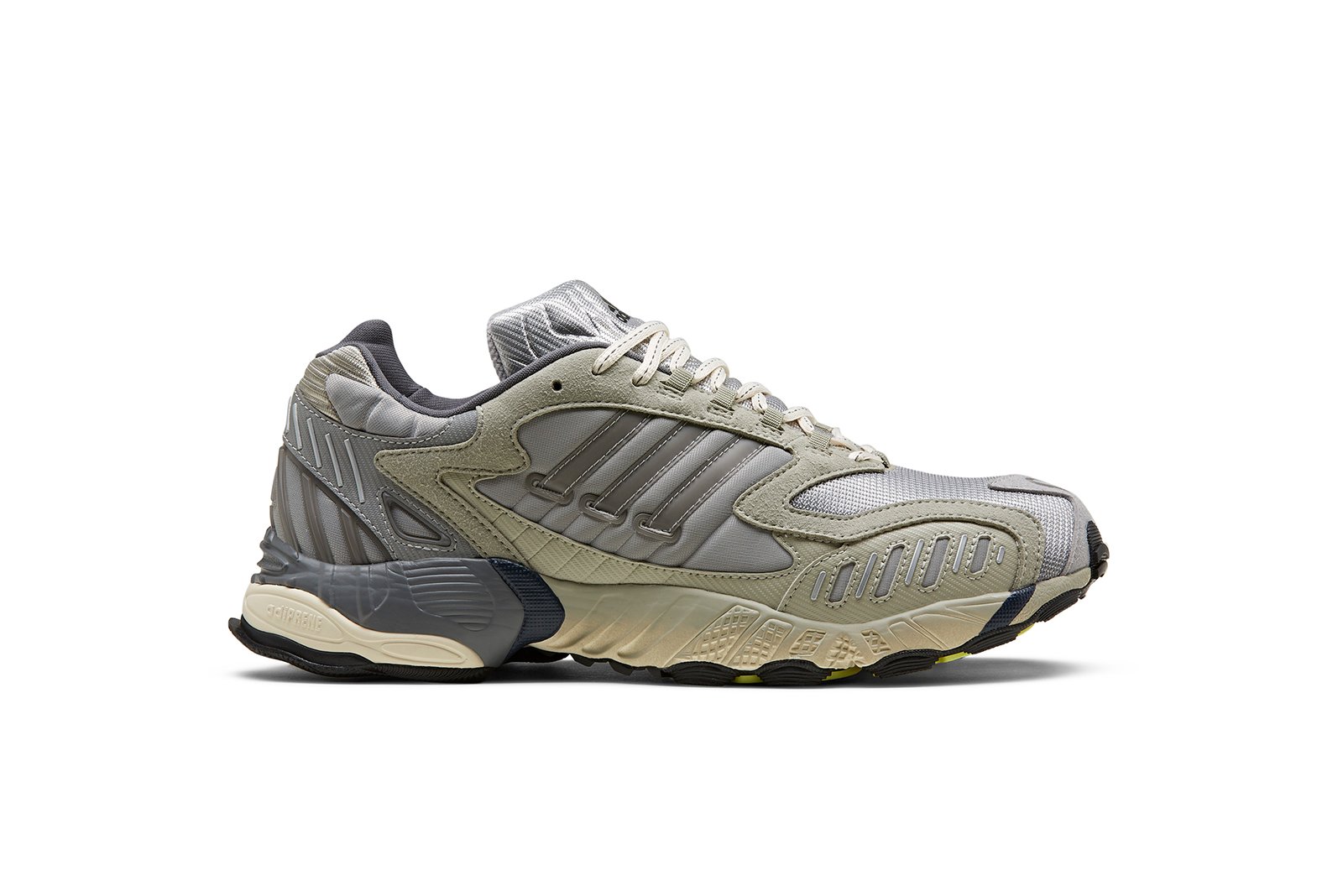 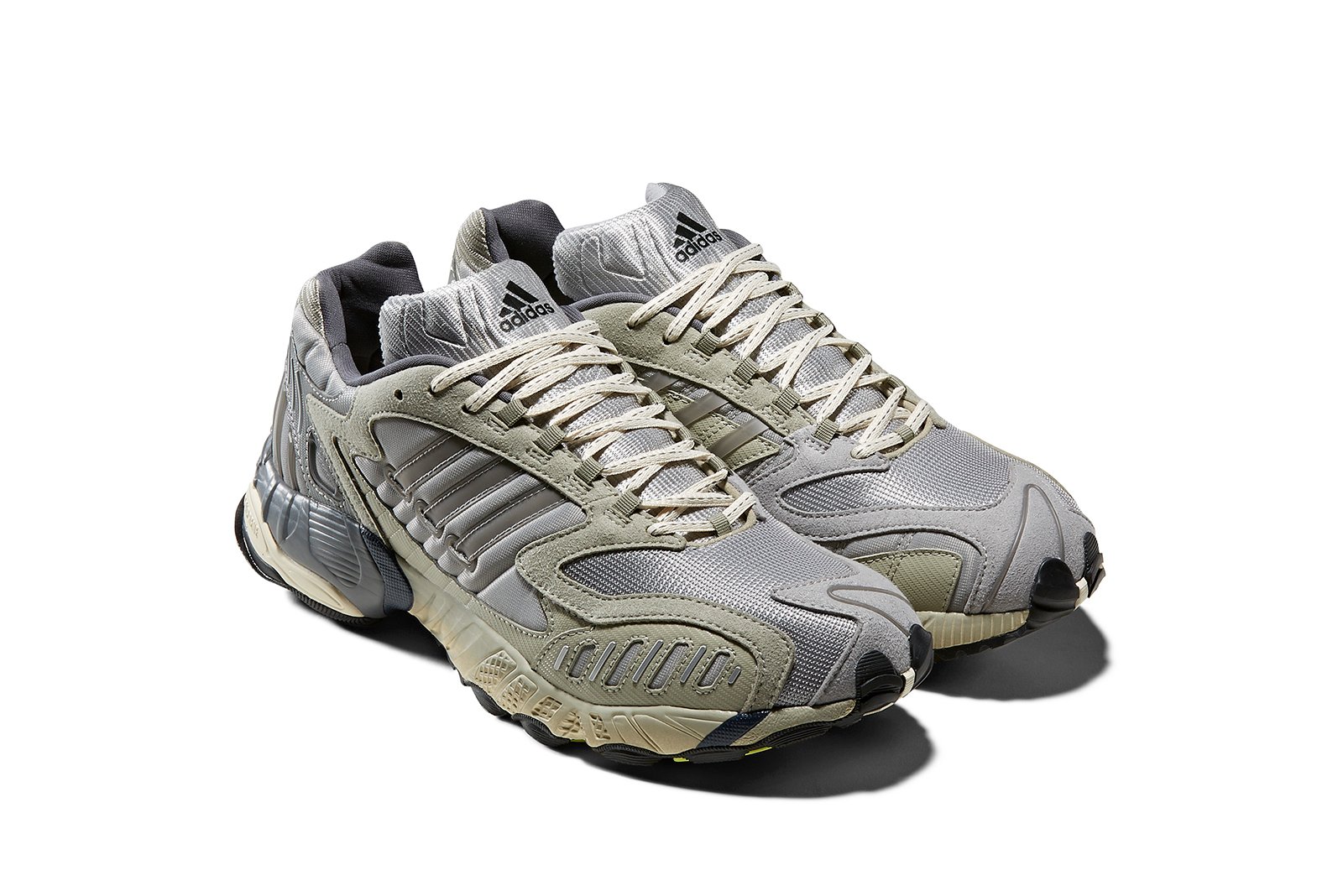 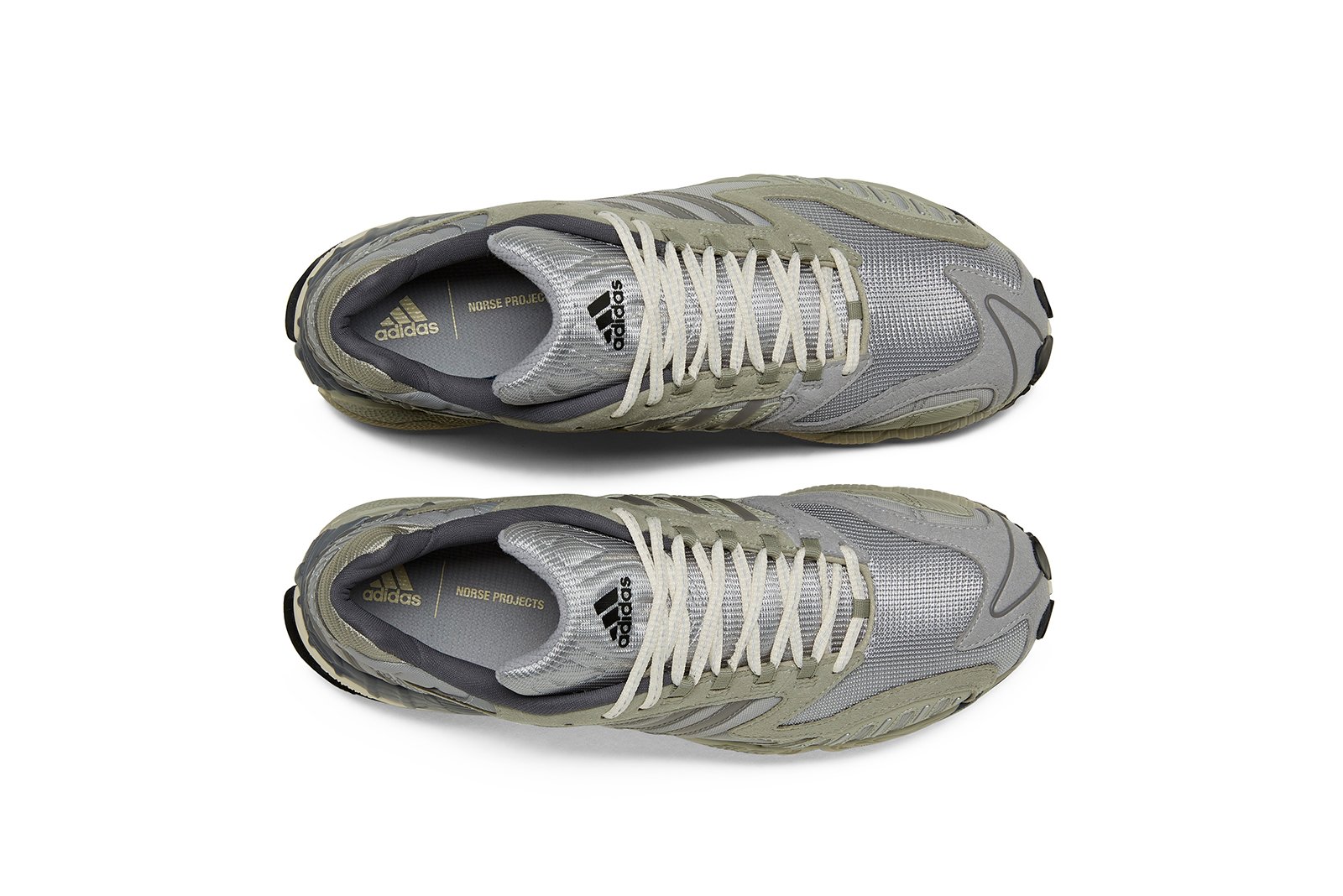 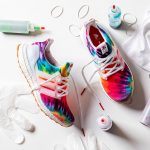