OVERKILL is the OG sneaker emporium in Berlin. Since opening in 2003 in the multi-cultural Kreuzberg district, OVERKILL has become the city’s foremost hub for street culture. It has grown to become an urban lifestyle store stocking the world’s best footwear, clothing and graffiti equipment. Deeply proud of its civic identity, OVERKILL takes inspiration from the local area and delivers an impressive EQT Support pack in collaboration with adidas Consortium.

The pack features two models: the EQT Support ADV and the EQT Support Future, titled “Coat of Arms” as the colour palette – red, black and white – is a reference to Kreuzberg’s traditional emblem. Despite opening a decade after the EQT Support was first released as a running shoe, OVERKILL holds a long-held love for this particular model and range, being among the stores heavily responsible for the its renaissance. Via events, showcases and previous collaborations, OVERKILL has been assisting the EQT’s revival among the new generation of sneaker enthusiasts and veterans alike who are looking for both heritage and a powerful aesthetic.

The EQT Support ADV is the classic; a tough runner-turned modern street icon. This model comes in mid grey with black and red accents and the OVERKILL logo on its distinctive ankle strap. The design elements and details lean towards the EQT Support 93 and EQT Guidance 93 which are OVERKILL’s favorites in the EQT series.

This pack is an exploration of the relationship between footwear and the streets and a homage to the EQT range as well as the city of Berlin where it has found lots of love over the years.

The EQT Support Future is the 2017 update with subtle adjustments to further modernize the original. With a slightly off-set lacing system and luxuriant material, its aesthetic is unique and contemporary. The “Coat of Arms” edition comes in two-tone grey with bold red stripes and OVERKILL detailing on the instep. 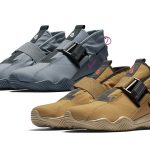 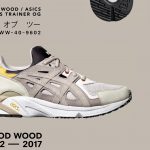