In February 2014 a group of adidas enthusiasts from the UK were tipped off about a shop in Buenos Aires that carried an extraordinary amount of Vintage/dead stock adidas products.

This Group was made up of Ian Brown (Musician/Stone Roses), Robert Brooks (collector), Neil Bedford (Photographer), Greg Bond (film maker) along with Gary Aspden and Mike Chetcuti of adidas. They travelled to Argentina where they found the shop and met its owner Carlos Ruiz. The trip was documented in the now renowned Documentary ‘Sole Searching in South America.’

A number of the rare archive pieces brought back from this trip have been used by Gary Aspden as reference pieces to design the adidas Originals X Spezial Collections. By way of acknowledging Carlos and his kind support of the Spezial range, adidas have created the New York SPZL ‘Carlos’ shoe.The New York Is a vintage running shoe from the 1980s, these were discovered in Carlos’s Shop, as an ode to this it’s been made Carlos’s signature shoe.

To support the launch of this pack there is a sequel to the original Documentary called ‘Sole Searching in South America 2‘ The film follows the same group of adidas fans as They reunite to travel back to Argentina to present Carlos with his shoe And gift him with an allocation of these collectibles for his now Legendary store. The film documents their journey and shows how Carlos’s Life has changed since their original trip. 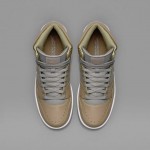 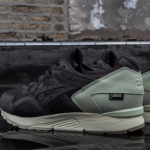