Heralding the next chapter of EQT, adidas Originals presents ‘Only the Essentials’, a short film documenting the background, evolution and enduring legacy of the brand’s iconic Equipment series.

Starting at the series’ roots in the early 1990s, the film explores the components and circumstances that led to the series’ conception; from an imperative need to find new direction, to an oversaturation of style over substance in the performance footwear industry, to the spirit of liberation reverberating across Germany in the aftermath of the fall of the Berlin wall. The film then identifies the EQT series’ enduring legacy and position in contemporary culture, introducing a new approach to the fundamental philosophy, encapsulated by the series’ new ‘Turbo Red’ — the polar opposite to the original ‘EQT Green’ colourway.

Through a visual process of reflection, exploration and progression, the film celebrates the original mantra of EQT, and channels that philosophy into a bold, modern perspective that stays true to the very first objective: Everything that is essential. Nothing that is not. 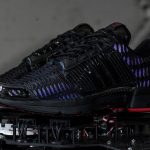 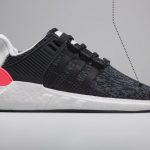