The adidas Ultra Boost was the first shoe to set the tone for modern Three Stripes sneakers. Now, after years of fans clamoring for their favorite colorways, adidas will rerelease the famed Ultra Boost 1.0.

The adidas Ultra Boost is one of the most beloved sneakers from the Three Stripes in the age of Boost. First launched in 2015, the Ultra Boost silhouette was intended to combine the best technologies the brand had to offer: Boost and Primeknit. The shoe was intended for running, built to be sturdy and supportive yet flexible and incredibly comfortable. At first, the silhouette did well with runners before being adopted by sneakerheads as the ultimate casual shoe.

The updated 1.0 pack will arrive on 1st November at limitEDitions WMNS

Coming in your choice of White or Navy Primeknit, both options are equipped with multicolored hits on the mudguard of the shoe. Traditional Ultra Boost features such as the a plastic cage, heel counter and Boost midsole are all in-play. 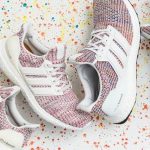 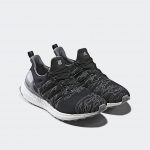