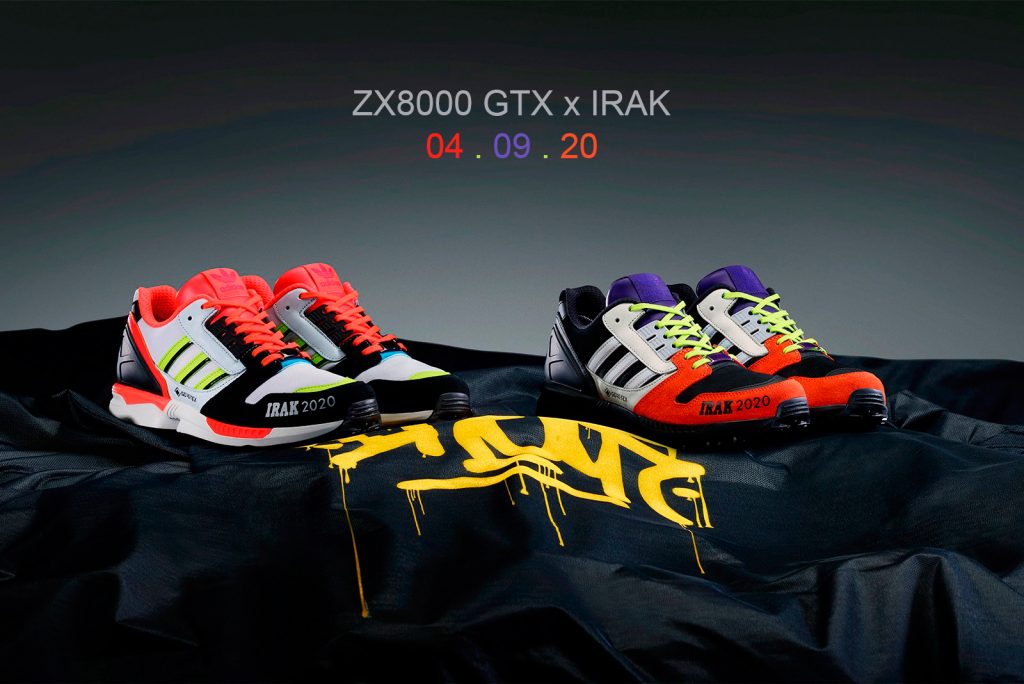 adidas Originals continues its alphabetical celebration of all things ZX, reinterpreting the letter ‘I’ with two ZX 8000 IRAK sneakers. Reuniting for the first time in 12 years, the German sportswear brand and legendary New York City graffiti crew, IRAK, pay tribute to the hustle of downtown culture.

So what do they look like? Each striking take on the ZX 8000 silhouette serves as a homage to adidas Originals and IRAK’s collaborations in 2007 and 2008 which saw the NYC collective bring bold colour-blocked looks to the RMX EQT Support Runner. Mimicking its collaborative predecessor from 2007, the first ZX 8000 IRAK sneaker is composed of a grey GORE-TEX upper, with black suede overlays, semi-solar slime hits, and solar red accents. Capping this all off, the striking silhouette features embroidered ‘IRAK 2020’ branding on the toe box and comes replete with branded lace jewels. Then, harking back to 2008, a Consortium exclusive pair features a black and grey GORE-TEX upper with orange suede overlays, purple accents, and semi-solar slime laces. 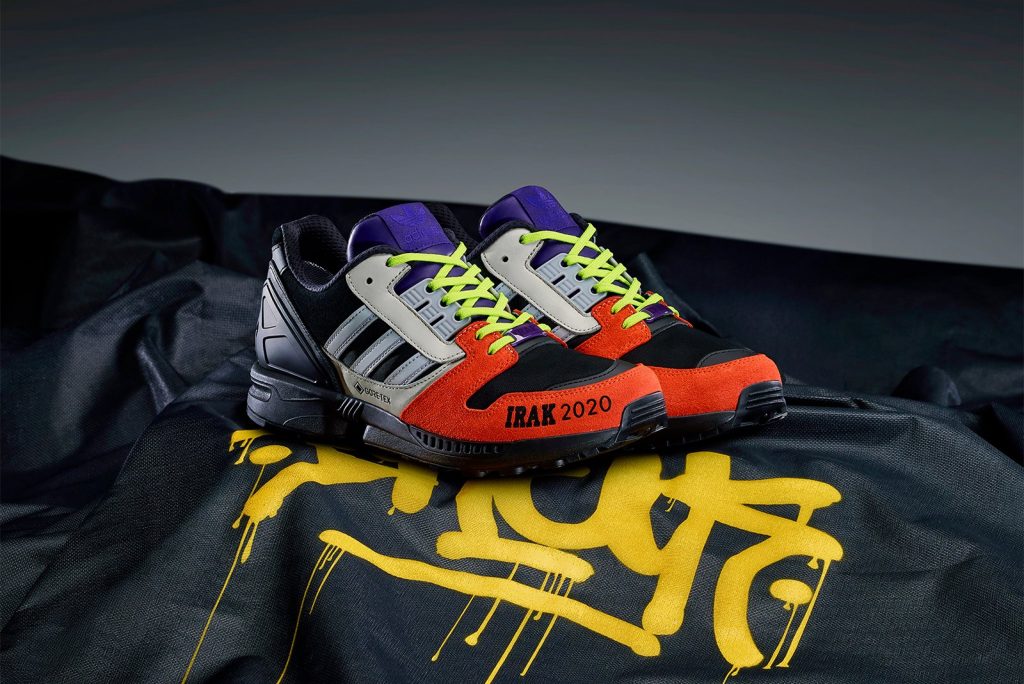 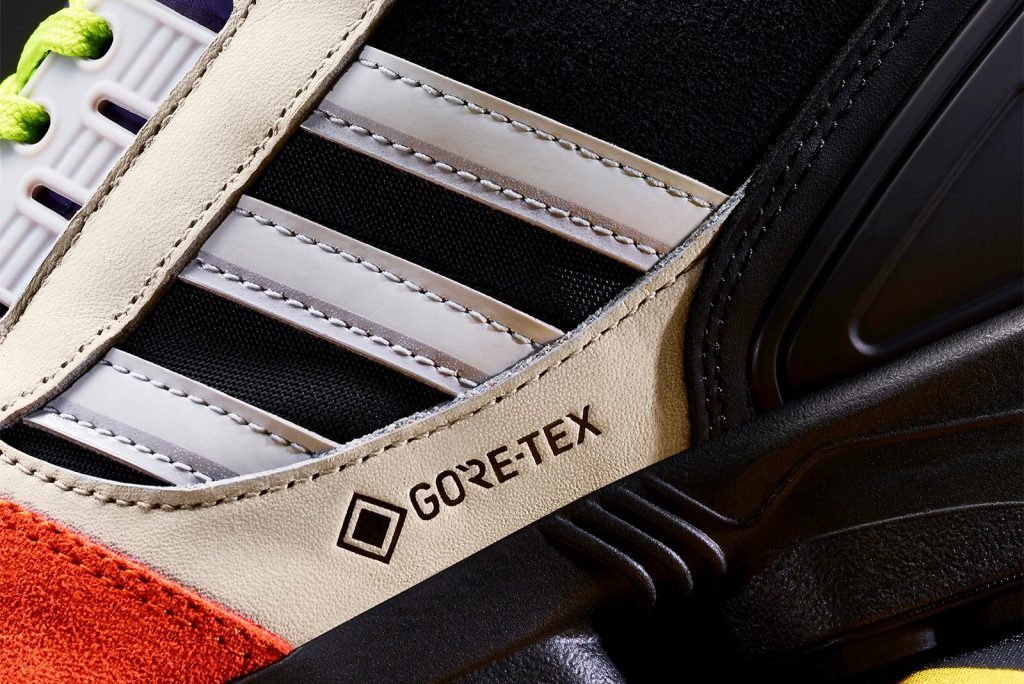 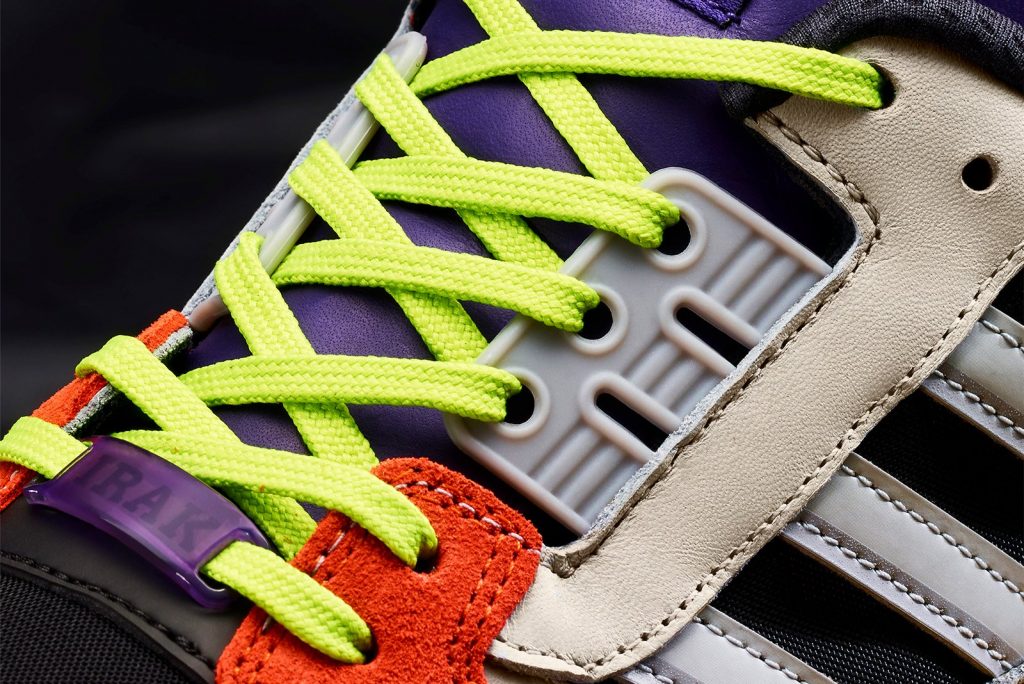 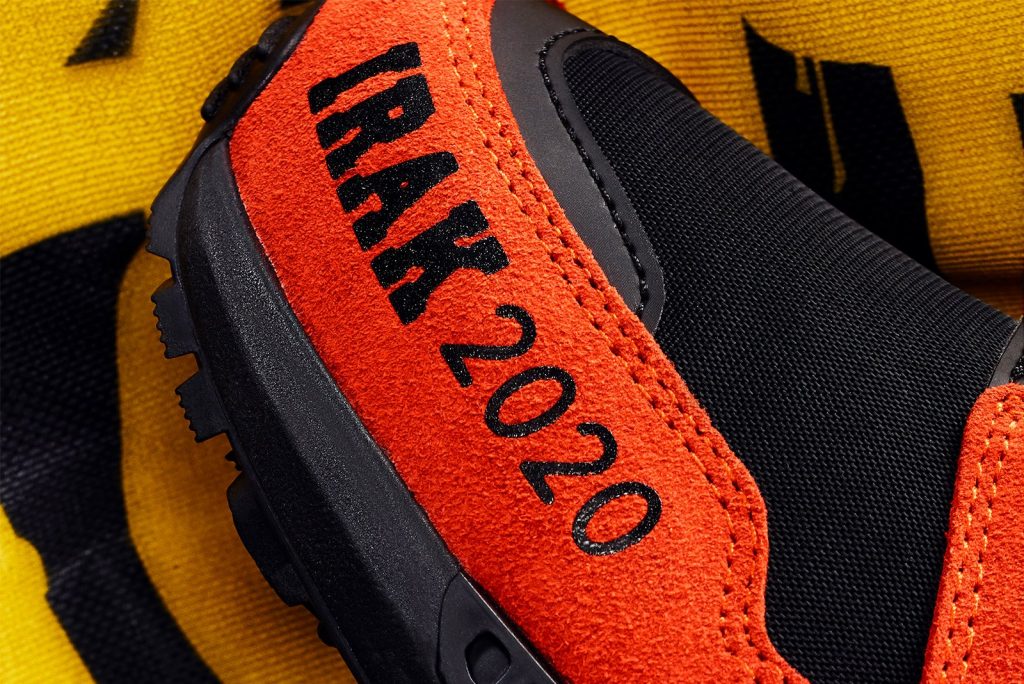 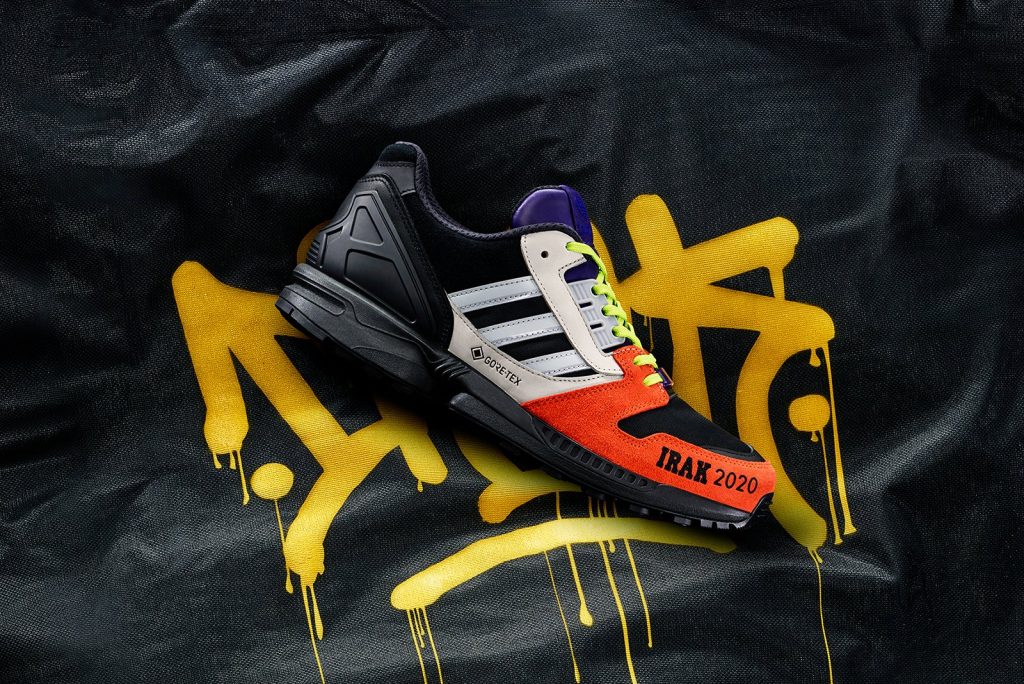 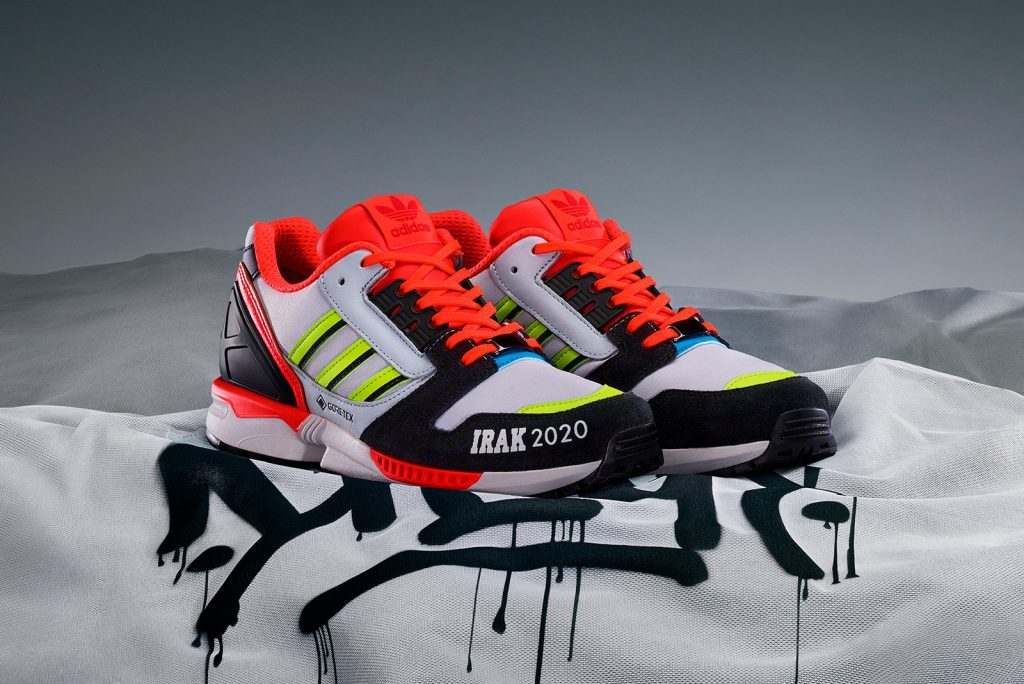 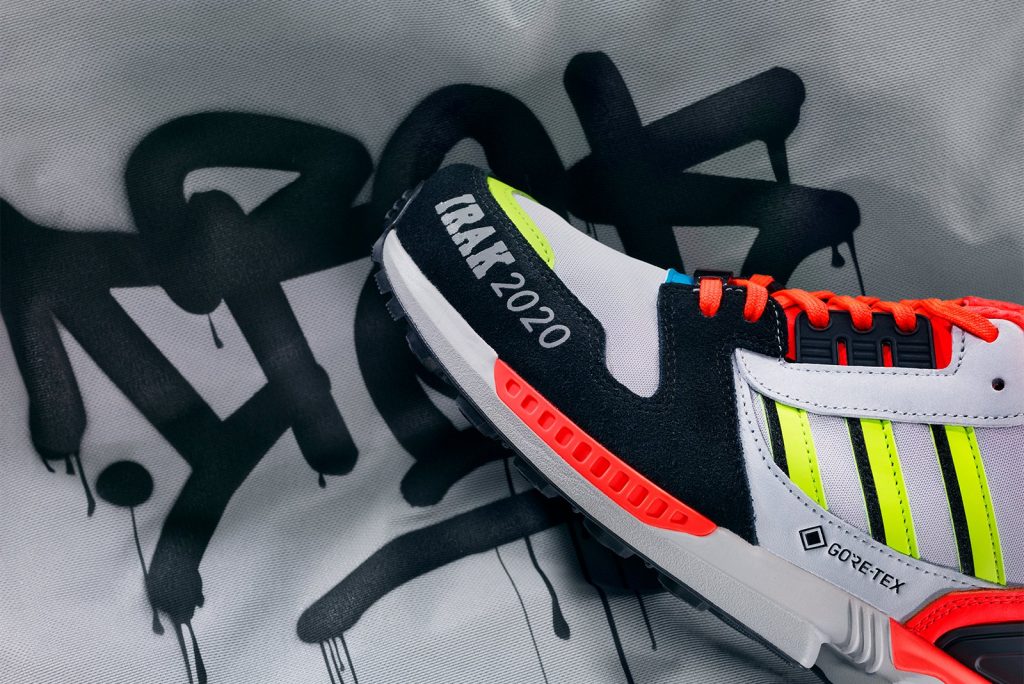 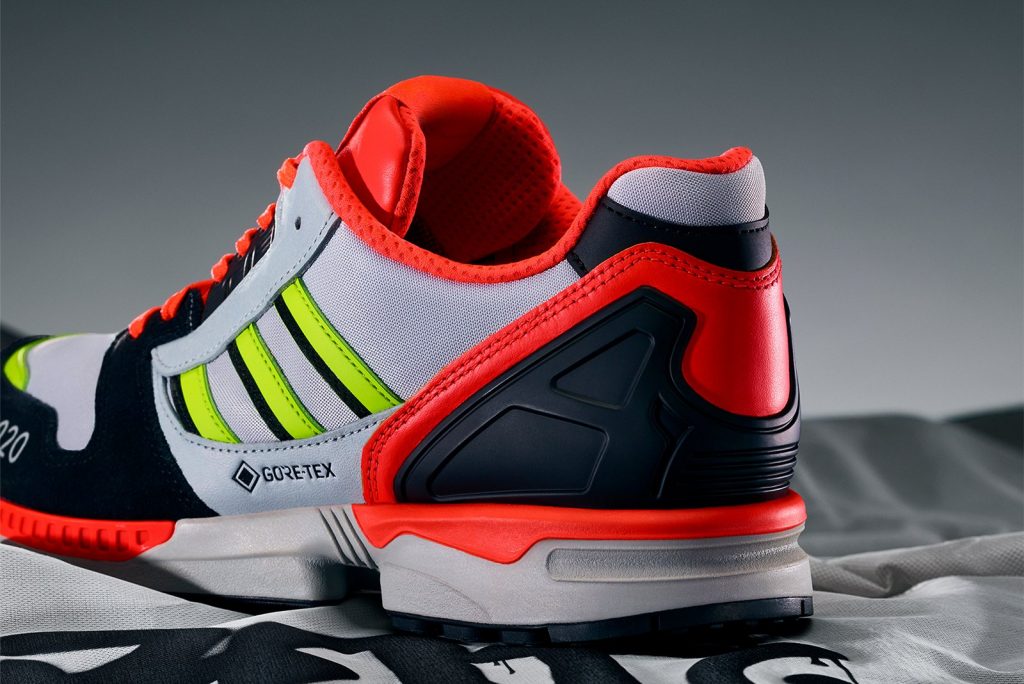 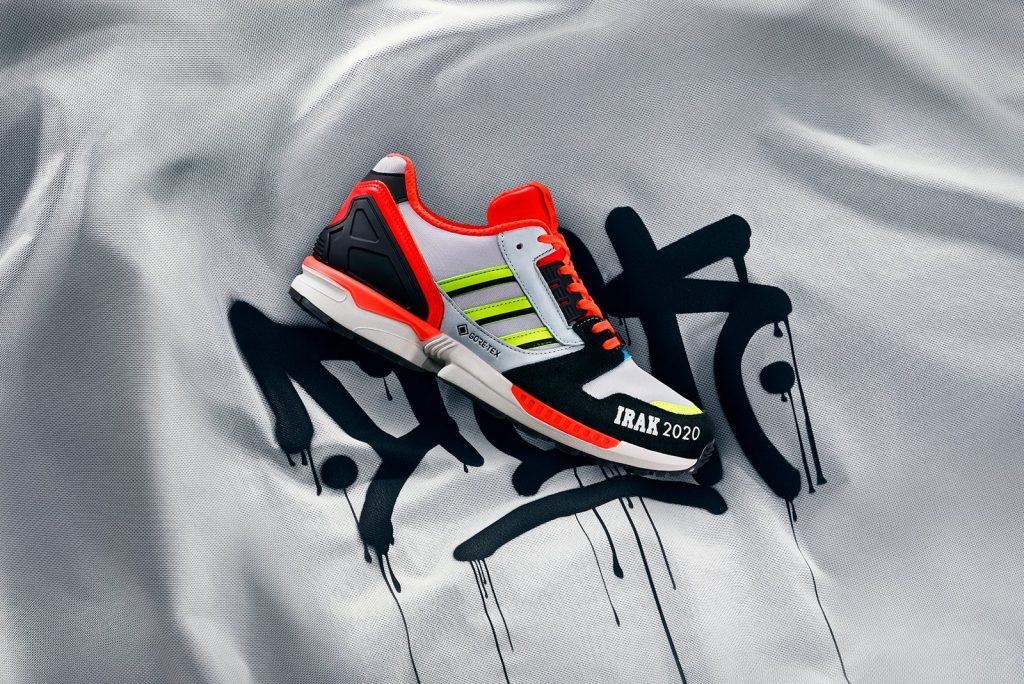 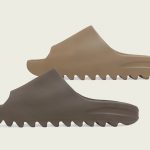 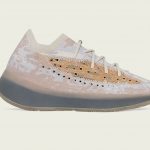