The renowned Paris-based boutique, colette, along with ASICS Tiger team up again at this years Japan Fashion Week in Tokyo.
Yukata or 浴衣, which literally means “bathing costume”, is the Japanese word describing a light summer Kimono that was worn by both
men and women. Its origin goes back to the “Onsen”, when the Japanese wore a Yukatabira, a light linen robe. With the democratisation
of baths in Japanese culture, the Yukatabira was replaced by the Yukata, in cotton, making it more desirable to the public. The Yukata is
now used for many special social occasions, festivals or a nightdress.
To tie in the Parisian roots of colette with their Japanese heritage, Asics brought French illustrator duo, Jean Jullien and his brother Nico
on board to design the artwork to support this release. Using their unique style they have brought to life a re-interpretation of a traditional
Japanese folk tale. 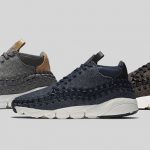 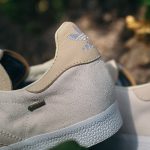