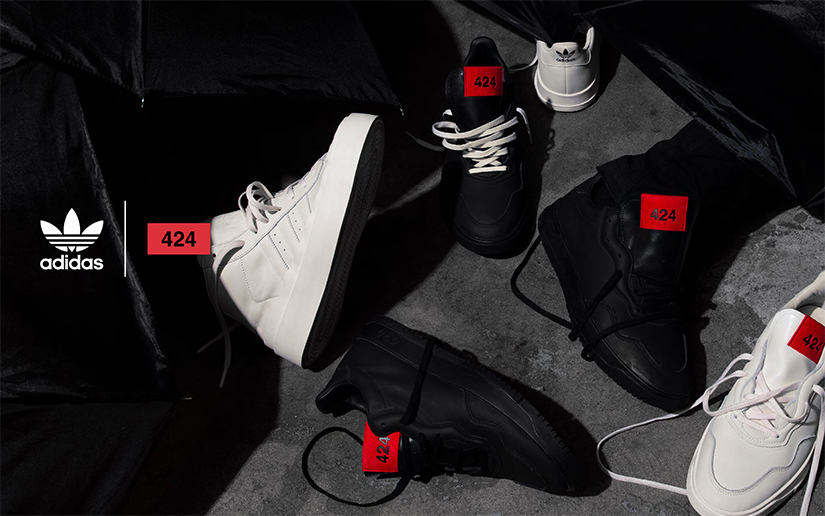 For FW19, adidas Originals headed to Fairfax, Los Angeles to team up with one of the West Coast’s most sought-after brands, 424.

424 was co-founded by Guillermo Andrade, whose determination to succeed was first forged during the arduous journey that he and his family took from his birthplace of Guatemala to the United States when he was just eight years old. As an adolescent, he channelled this determination into crafting an aesthetic that was wholly his own, one that would make him stand out amongst his peers. This formed the genesis of FourTwoFour on Fairfax, an iconic Los Angeles retail destination for those who also wanted to break from the norms and wear things a little differently. In 2014, this naturally evolved (via a highly sought-after jewellery line) into Andrade starting the 424 clothing and jewelry line: built on traditional silhouettes but filtered through his own unmistakably of-the-now streetwear aesthetic. 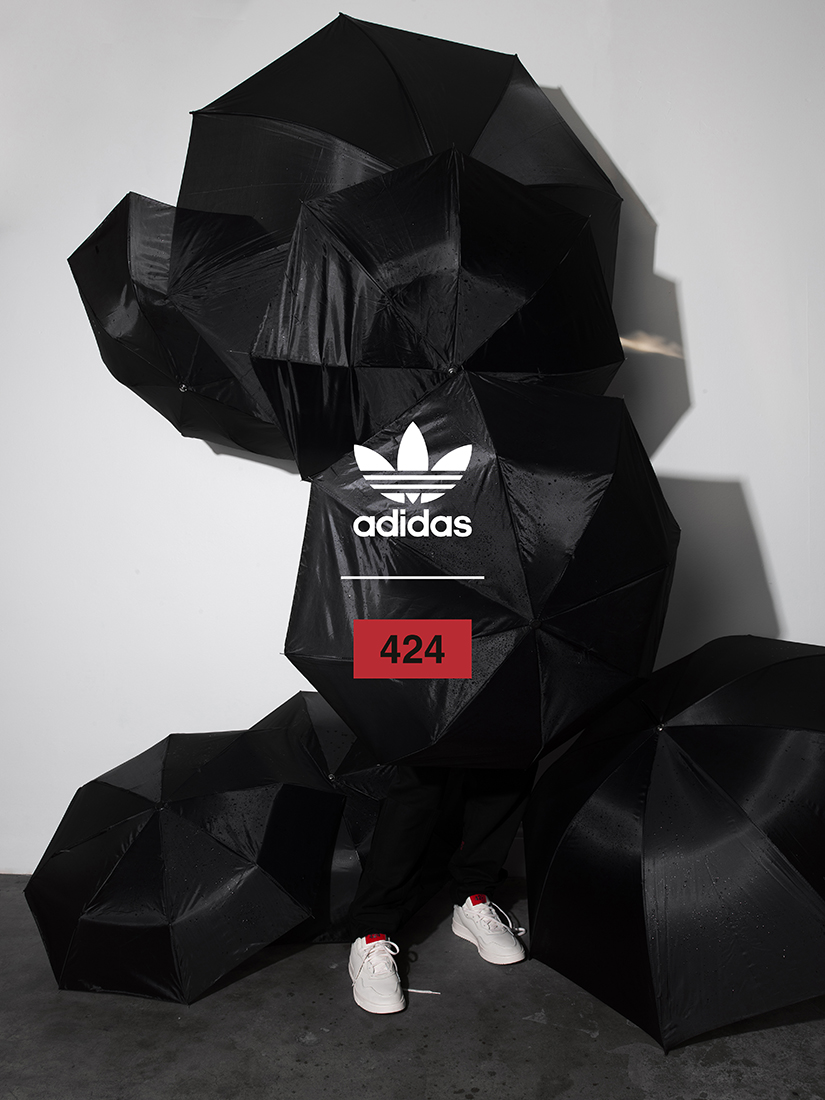 For his first collaboration with adidas Originals, Andrade applied that same vision to three classic adidas footwear models. Despite his undoubtedly contemporary design instincts, Andrade leans on the cleaner, more refined aspects of his sensibilities, ensuring that each shoe feels utterly fresh while still retaining the timeless craftsmanship and attention-todetail that has come to define adidas’ sporting heritage over the decades. 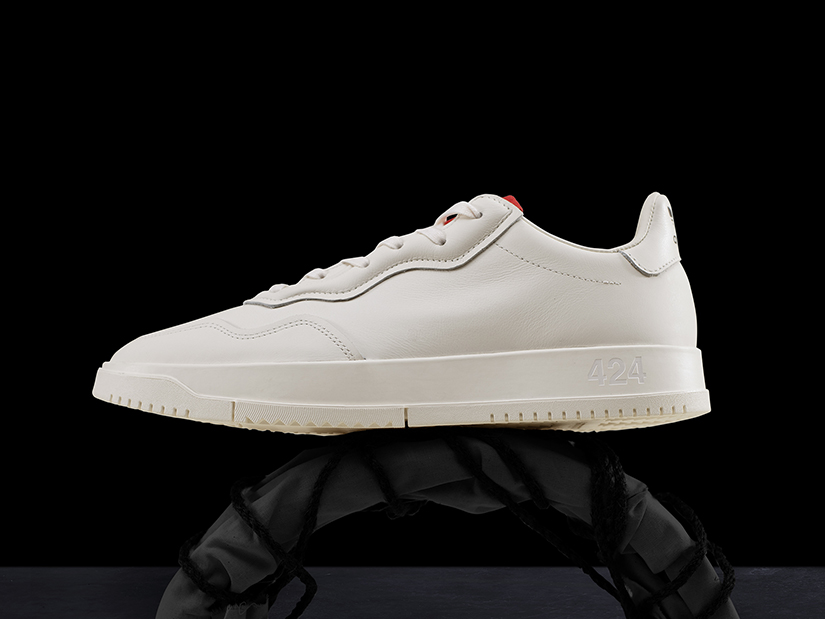 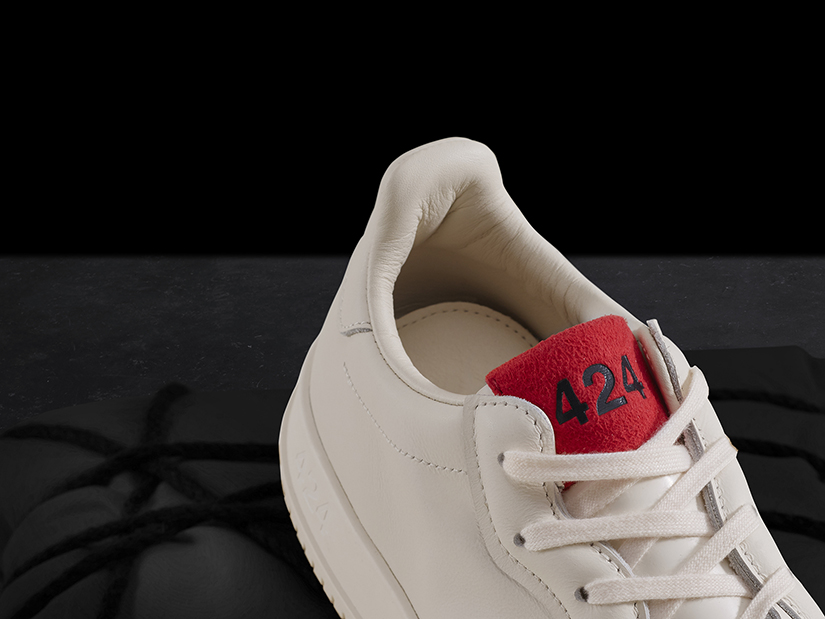 First up, Andrade turned to the SC Premier, an already minimalist model that harks back to a golden age of tennis shoe design. In Andrade’s hands, the shoe is stripped back even further: one pair arrives utterly blacked out while the other is an all-off-white affair; both are crafted from full grain leather and suede. Exterior logos of any sort are limited to a subtle laser engraved 424 logo on lateral of tooling and the co-branding on the tongue, which is also the only part of the shoe to feature a pop of color – the scarlet red patch that has become synonymous with the 424 brand in recent years. 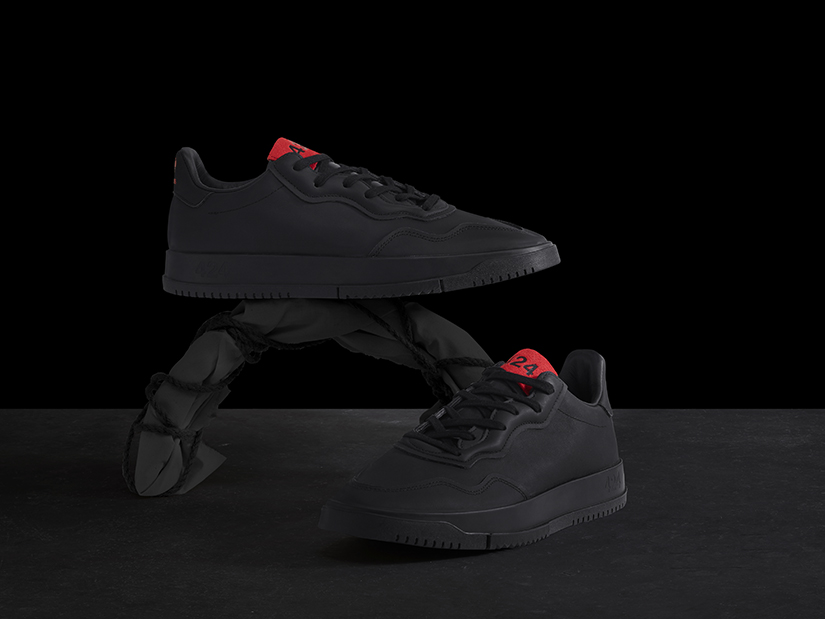 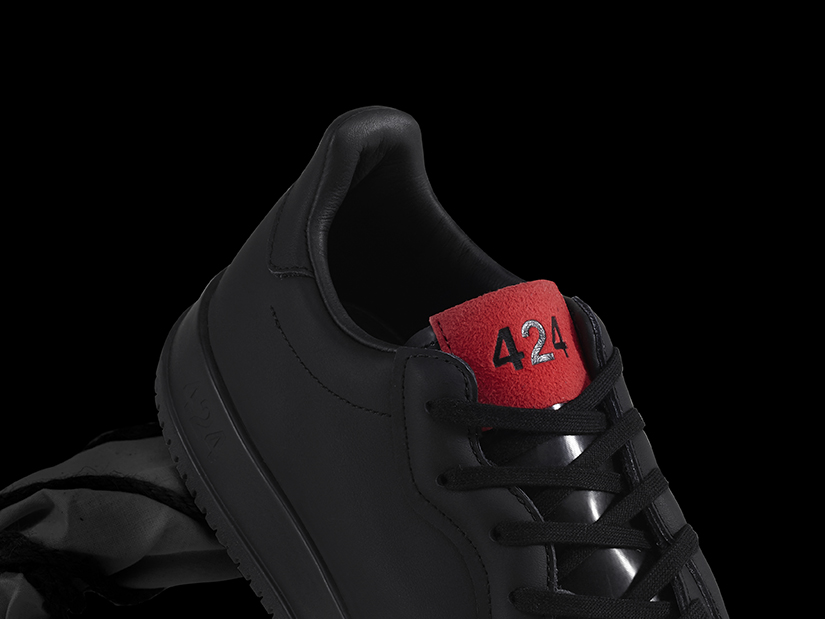 The third pair takes the form of the Pro Model. It’s a classic basketball shoe of the 1970s, but here draws equal cues from its 80s iteration, when it became indelibly linked to the hiphop scene that Andrade loved growing up. Essentially a hi-cut version of the inimitable adidas Superstar, its calling card is, of course, that iconic shell toe updated with the “double layer foxing tape” tooling. Again, Andrade strips the shoe back to showcase its core qualities, with a chalk white finish and cold cement tooling. That distinctive flash of scarlet comes this time on the heel, a subtly placed yet unmistakeable signifier for one of LA’s most singular brands. 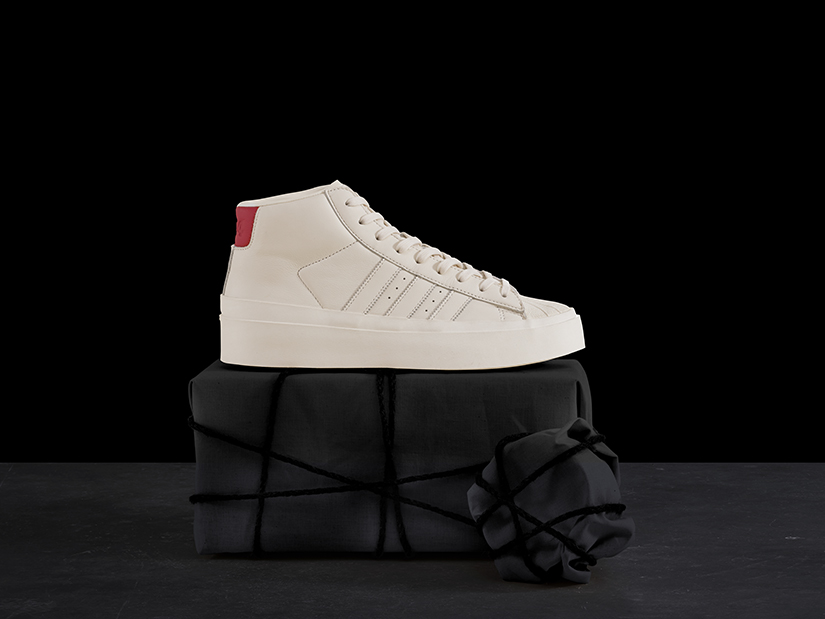 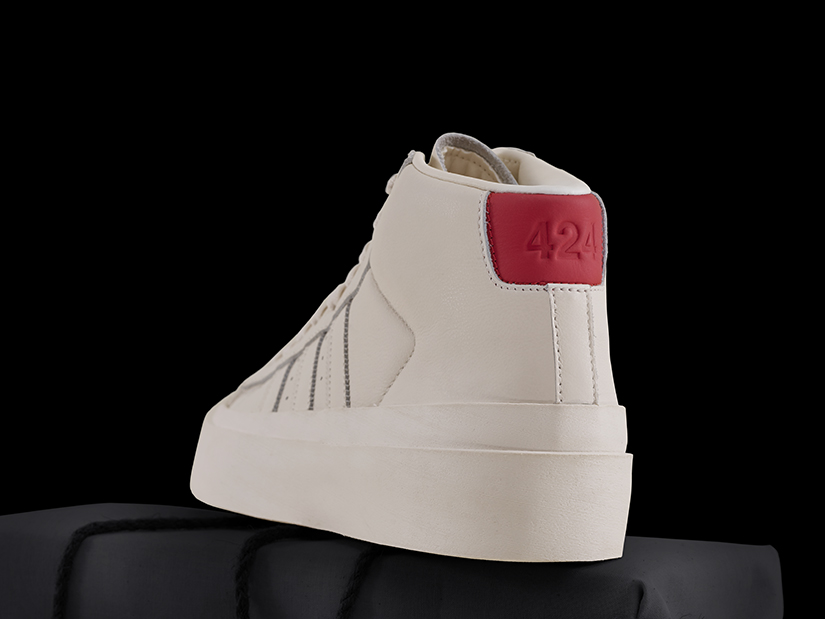 adidas Originals by 424 will be available at limitEDitions WMNS on 30th November. 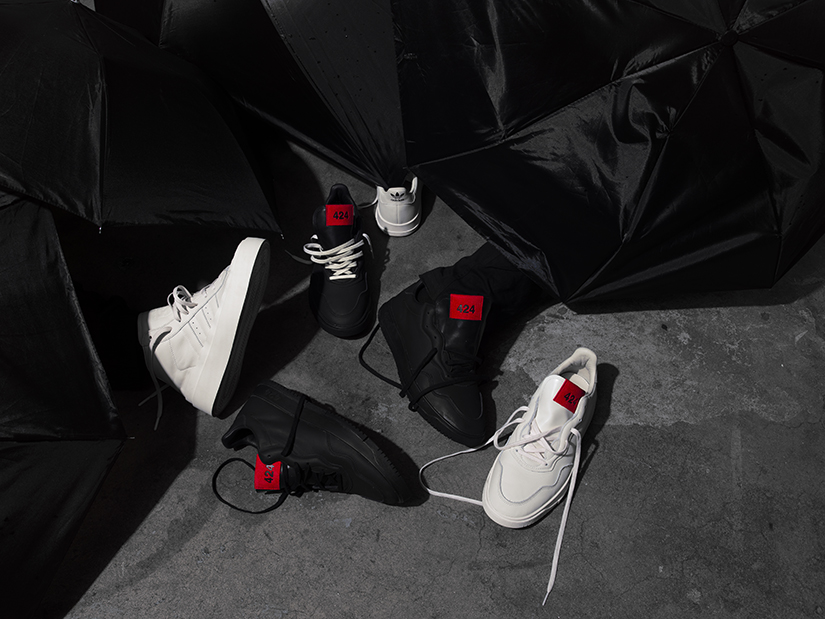