Concepts Asics Gel Lyte 3 inspired by the Boston Tea Party.
The Boston Tea Party was a pivotal piece of Boston nation’s history. In 1773, the Sons of Liberty battled the British Parliament by attacking a ship and spilling its an entire shipment of tea into the Boston harbor. The act of course, was a spark to the American Revolution. 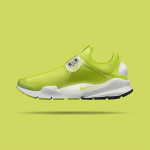 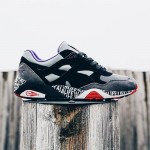