ASICS TIGER PARTNERS WITH AUSTRALIA’S HIGHS AND LOWS TO
RELEASE A GEL-LYTE III INSPIRED BY THE ASTOR THEATRE.

Continuing the 25th anniversary celebration of the Gel-Lyte III, Asics Tiger and Highs and Lows have collaborated on a new project, inspired by the iconic Perth cinema house, The Astor.

Having resided on the heavily commuted Beaufort/Walcott St. intersection for close to a century, the iconic Astor Theatre has not always been as such; originally introducing itself as “The Lyceum’ when it’s regal doors first swung open on the 5th of November, 1919. Architect and owner Simon Bremner Alexander confidently claimed it as the State’s coolest building not only from a aesthetic standpoint, but also due to the exceptional ventilation its design allowed.

From then, through the 1990’s and still today, the ‘heritage listed’ Astor remains a premiere destination for independent cinema, various global musical events and stage acts. The Astor symbolizes the artistic and cultural heart of Perth and is an inspirational view from the door of Highs and Lows first store in Mount Lawley, which opened 10 years ago.

The design of the Gel-Lyte III “Silverscreen” incorporates the soft mint pastel and contrasting red of the buildings exterior, features the Mayan flower detailing and materials inspired by the time-tested fabrics and décor that have lined the lobby of the theatre for decades. The ice outer sole reveals a marble print taken directly from the marble floor of the lobby. The theatrical theme is finished with details such as a throwback reference to vintage cinema with a silent film countdown print across the innersole and various 3M accents to complete the nod to the Silver Screen. 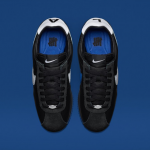