To celebrate Titolo’s 20th anniversary in 2016, they have partnered once again with their long-standing friend le coq sportif to create their version of the LCS R1000.

Italo Titolo, the store’s founder explains the collaboration: With its play on contrast in peach and mint, the LCS R1000 Mellow Mint is a refreshing burst of colour for the winter season. The sneaker combines both smooth and perforated peach-coloured nubuck on a mint sole. Elegant details, such as mint lining and a transparent peach sole base add to this sneaker’s soft contrast. The round Titolo anniversary logo features on the right shoe tongue while le coq sportif’s triangular logo features on the left. This play on opposites is also seen on the heels of this special anniversary edition. 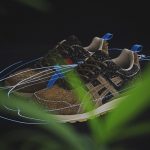 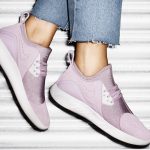