Paying homage to 10 of their most iconic designs, Nike celebrates their annual Air Max Day with the release of the ‘Master’. Just in time for the 30th anniversary of the Air Max 1, there was no better model for the Swoosh to refine.

A symbol of their evolution with its visible Air bubble, the model has been reimagined and re-tooled over the years, whilst staying true to its heritage. A selection of the most coveted grails come together in the ‘Master’, featuring everything from Safari to Elephant print and OG Red and Blue suede – highlighting icons from all generations.

After forever changing footwear in 1987 with visible Air cushioning, the Nike Air Max 1 would go on to become a collector’s dream. The decades following would birth countless icons through collaborations and rich storytelling.

These designs would gain a following of collectors that spanned the entire globe, quickly becoming “grails” in the eyes of many. They sparked a chase and the collectors followed, passionately going after each and every coveted drop.

Now as the Air Max 1 celebrates its 30th anniversary, some of the most legendary Air Max 1 designs ever released come together to create the Air Max 1 Master. From the heavily-praised atmos x Air Max 1 “Safari,” to the original red and blue editions that started it all, each staple is represented along the Air Max 1’s iconic brand. The premium leather and Swoosh detailing throughout the upper nod to some of the most coveted Air Max 1 styles of the last two decades. 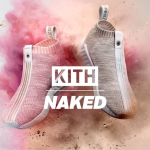 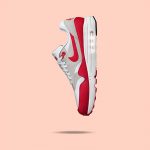