LAUNCHING IN STORE ONLY 14TH DECEMBER

Capturing the imagination like none before it, the Air Max 97 set a precedent upon its release two decades ago. The sneaker‘s wave-like linear uppers were as dynamic as they come, with 3M reflective technology adding a touch of performance functionality to a silhouette that was already packed with personality.

For Winter 2016, Nike has unveiled ‘La Silver’ in all its OG glory. Originally penciled in as an Italy exclusive back in October, this iconic style is sympathetically released with a whole host of classic decals including the reflective uppers, full-length visible air unit, varsity red swoosh branding and contrast branded tabs to the tongue and heel. 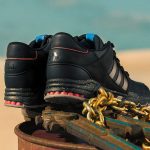 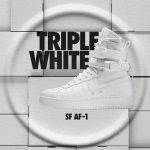