The Nike SF-AF1 took the world by storm when the military-infused high-top remix by designer Ben Kirschner made its debut at the inaugural Complex Con. Roughly a year later, Nike has expanded SF-AF1 to Mid and High models, but it’s safe to say that Ben’s original version is the pinnacle of that series. On Black Friday, Nike has plans of releasing a triple-black rendition of the double-strapped AF with the upper blend of leather and ballistic nylon. Mark your calendars, because these SF-AF1s are likely to disappear fast. 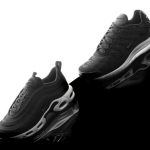 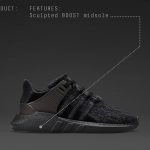