2015 marks the 10th Anniversary of Highsnobiety, to celebrate the occasion the site has joined forces with Puma and Ronnie Fieg of KITH NYC. Together they have worked on a commemorative edition of both the Blaze of Glory and the R698. Inspired by both parties respective roots in Berlin and New York, the pack has been named “A Tale of Two Cities”.

The USA influenced Blaze of Glory has been updated with a co-branded forefoot strap and comes in a Navy, red and white colour way with quilted accents. A speckled midsole and asymmetrical stars and stripes debossed beneath the tonal lace give the shoe a luxurious aesthetic.

The German inspired R698 rocks a deconstructed upper of quilted black nubuck with the addition of a mesh and neoprene sock liner. 3M German flag details reside on the medial form stripes as well as the co-branded tongue labels. 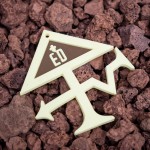 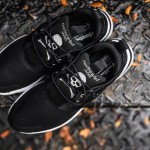