In May 2012, Nike and artist Tom Sachs partnered to release the NikeCraft Mars Yard, a shoe inspired by Sachs’ interactions with NASA’s highly specialized scientists, and designed as high-performance equipment for the building of his SPACE PROGRAM 2.0: Mars exhibition (mounted at the Park Avenue Armory in New York City). Just five years later, the NikeCraft Mars Yard shoe will re-launch in 2.0 form with a material update informed by Sachs’ long-term trial of the original that revealed an unknown.

“It passed the abrasion test. It passed the strength test. It passed the folding test. It passed all the tests, but when we started using it, it didn’t meet our expectations,” explains Sachs. “It’s not until you really wear something and realize…We used a new material, and we expected better.” Even though Vectran is lighter and stronger than typical polyester fabrics, it’s susceptible to failure on fatigue.

Guided by Nike designers, Sachs took the next five years to test the shoe, during which he learned things one could only learn through thorough daily use. The result was a new, improved NikeCraft Mars Yard 2.0, and its build is indicative of the design ethos shared by Sachs and Nike: Working to advance human potential, we believe there is no finish line.

Over those five years of wear, Sachs discovered the limitations of the initial NikeCraft Mars Yard build and worked with Nike designers to improve upon its durability. On the upper, the Mars Yard 2.0 replaces the original Vectran with a polyester warp-knit tricot mesh (a more breathable material that induces fewer internal hotspots — not sexy, but honest). The shoe’s red donning straps are now adhered with a stronger X box stitch. On the outsole, the tread of the SFB, originally protruding for use in the desert-like Mars Yard, has been inverted for more appropriate wear in urban environments. Finally, the Mars Yard 2.0 comes with two insoles, mesh and cork (which is optimal for sockless wear).

The shoe is thus the result of continuous adjustments — a common circumstance of Sachs’ work. In fact, nothing Tom Sachs makes is ever finished. That philosophical premise is buoyed by the practicalities of his art practice — every screw, seam, stitch and joint remains exposed. These reveal Sachs’ complete embrace of showing his work, not only physically but also in the intellectual underpinning of how an object (Sachs gained fame as a sculptor, reimagining modern icons, but now works with a variety of media) came into being.

Sachs’ interest in everyday materials is evident in the NikeCraft Mars Yard 2.0 and its predecessor. The materials are largely employed in their natural state — no dyes — with Sachs’ flourishes (his signature) coming in the red pull-tabs and Swoosh.

“I have always embraced flaws. The natural polyurethane midsole shows wear. The shoe shows evidence of experiences, even the little bits of tongue that may flake off are like forensic bread crumbs,” notes Sachs. “People wear their scars with pride, so that’s another reason why we don’t polish the materials away — it’s storytelling. Rock your shoes dirty to say, ‘I wear my shoes. I do things with my life. Behold the evidence of my actions.’”

In this spirit, the NikeCraft Mars Yard 2.0 releases in conjunction with the Nike and Tom Sachs’ Space Camp, a unique consumer experience based on Sachs’ studio practice. 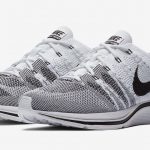 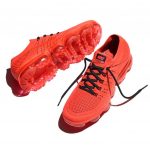